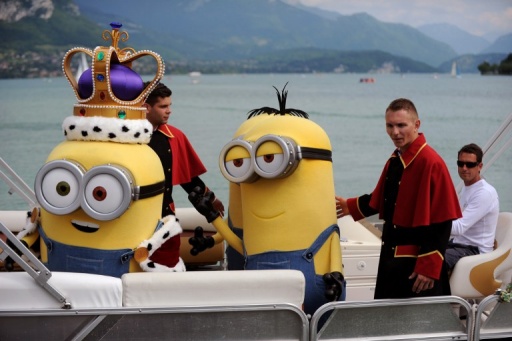 Planning a trip to the cinema to watch the newly releasedMinionsmovie? Don’t forget your Indonesian dictionary.

The movie’s cute little yellow creatures speak a gibberish language – but it is dotted with Bahasa Indonesia.

Metrotvnews.com reported recently that the use of Indonesian in the movie was down to one of the directors, Pierre Coffin, having emotional and blood ties to Indonesia.

Coffin, the director ofDespicable Me(2010) andDespicable Me 2(2013), is the son of Indonesian novelist Nurhayati Sriharini Siti Nukatin, better known by her pen name NH Dini.

Coffin is a child of NH Dini’s marriage to French diplomat Yves Coffin; the couple separated in 1984.

In another interview, Coffin confessed that he had used Indonesian in minion speech sinceDespicable Me.

“I find the Indonesian language very beautiful. It is like music,” he said.